Logitech is a leading name when it comes to bestowing a remarkable mouse that serves gamers, designers, developers, and also simple users. They proffer a wide variety of mice that help in keeping their varying market quite alluring.

The G-Series in mice is very popular as some of their bestselling gaming mice belong to it, namely the G403 and G703. These Logitech G series mice are consistently found at the top of many mice lists and are the most favored mice of the family. But how would anyone pick among the two? Which one is better than the other?

Let’s move towards their differences in a glance.

Although G403 and G703 both are the top demanded mice worldwide, there are a few differences amongst them that divide them further into ranks. You get to look at these differences quite closely sometimes to meet your requirements precisely. The main differences are as follows:

The specifications are where the apparent discrepancies lie. Let’s talk about them in detail.

G703: G703 is available only in a wireless format. Likewise, here are some considerable options for wireless gaming mouse which are worth giving a read. The battery life 32 hours and 24 hours with RGB. The G703 includes the new ‘HERO’ sensor. It is currently termed as the best sensor available and is known for its pixel by pixel precision tracking. It also settled the tilt-slamming issue showed by the previous 3310. It provides the DPI increments ranging from 100 – 16,000 and also a report rate of 100Hz.

G403: The G403 is available in two versions, wired and wireless. The premier difference between the two versions is their sensors. The G403 wireless version operates on the older PMW3366 sensor while the wired G403 uses the new HERO sensor. The DPI increments are the same as that of G703 with the same report rate.

Undoubtedly, the power source is one of the significant contrasts between the two devices

G703: The pre-eminent advantage that G703 has above G403 is the new PowerPlay wireless charging mat. That helps to charge the mouse without having to plug it in the USB charger. This innovative feature allows us to use and charge the device at the same time keeping the mouse unplugged forever. The mat can also be switched amid cloth and hard mat whichever texture the user wants to play upon.

G403: The G403, being an earlier release, gravitates to be charged by the traditional charging cable that also serves as a data cable. The charging time is, however, two hours from zero to full, and once charged fully, it can function for 32 hours straight, without light and 24 hours with the light sync feature activated.

One more distinction is amongst their operating system support.

G703: It offers a broader range of supported Operating Systems apart from Windows. The power play ready mouse can work along with Mac OS 10.11 and above, in addition to Google’s operating system, the Chrome OS.

Although the dimensions of the products are similar, that you will go through later in this article, they vary in their weight.

The cable is allocated to the G403. It is approximately 2.13 m, smartly braided, and effortlessly glide able.

These were some of the distinctions that the Logitech offers among the bestselling G403 and G703. There are as well a few features that are equivalent in both. Since we now know the differences, we should also have a dive into what both of them offer that is complimentary.

The pair G703 and g403 cater full RGB coloring that is adjusted with the help of Logitech’s easy-to-use software.

Ergonomics, comfort, and user dynamics are a few factors that make Logitech famous. Considering a mouse, shape, grip, and buttons count most in making a gaming mouse comfortable to use.

The best gaming mice of the current days have earned their status due to their dual palm and claw grip shape, as you can check this fact out from the recently updated list of best gaming mouse here. Both the mice display the same shape and are considered as the all-rounders in the mice world.

The length of the mice is perfect for most hand sizes, and also the well-designed arch gives the best support to the hand. In addition, there is a thumb groove that tapers off to extend support and space to the ring and pinky fingers according to your grip.

Both the mice G703 and G403 have the Xerox six programmable buttons, namely mouse 1, mouse 2, DPI, scroll wheel, and the two side buttons. The mouse 1 and 2 buttons are light, palpable, receptive, and durable. It uses mechanical button tensioning in order to keep the left and right mouse buttons firm an easy to click. The metal springs help to produce the clicking sound in the buttons and lessen the needed force, simultaneously, reducing the response time and keeping it parallel to the human touch.

The G703 and G403 offer matt rubbered grips that are enduring. The texture is intelligently designed to aid in the prevention of sweating and also gives a great feel to the fingers.

Both the mice offer an optional weight of 10 g for the users that prefer a heavier mouse for ‘the feeling.’

Logitech’s mice are most demanded due to its unmatched software LGs, Logitech Gaming System. It is easily set up, much civilized in usage, and light on resources. The software allows us to device macros and shortcuts apace with customizing the RGB colors according to your desire.

Final Thoughts – Which one to pick?

Ruling out among multiple options is often not so easy. Since both the mice, G703 and G403 belong to the same company, there are many features that they offer collectively. The dominant difference between the two is Powerplay support, button durability, and weight.

The G703 sets itself far off with the innovative wireless charging option embedded through the mouse pad with the help of light speed. In addition, to be almost forever charged, G703 offers more exceptional button durability of about 50 million clicks while the G403 only offers 20 million. Though both of the products are comparatively much durable than others available in the market, the differences of digits between the two are quite apparent.

Considering the finishing, texture, mechanism, and overall performance, both the mice offer an unmatched gaming experience to the users. If the Powerplay feature doesn’t attract you and you are still after a wireless mouse, but the G703 seems a bit over the budget, you can go for the wireless G403. Although it doesn’t offer the Hero sensor at present the PMW3366 has also proved its competence in the gaming arena. In the end, it all comes down to personal preference. However, being aware and educated about the available options makes it often easier to make a reasonable choice. 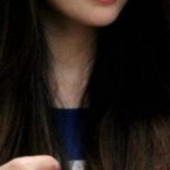 Iqra has written review articles for hot games such as Apex Legends, Red Dead Redemption 2, Assassin's Creed: Odyssey, and has served as a guest writer on gaming platforms. She plays on Xbox One X as well as PC platforms.