How To Change Game Status in Discord? Discord Playing Status

There is no way to deny that Discord has become the go-to for almost every gamer who prefers having a VoIP client that is specifically made for gamers. Gone are the days when you had to fire up Skype or something along those lines just because you wanted to chat with your friends outside the game, or just host parties in group calls. Weird idea, I know, but the good thing is that it works really, really well.

With that in mind, even though Discord is relatively new to the market, the fact that it has made a lot of progress is something that we cannot deny. How so? Well, the thing is that for an app that started back in 2009, Discord has come a long way, and at this moment, it is lauded as one of the best VoIP clients for anyone who is looking for a seamless experience.

Being a VoIP that is strictly focused on gaming, Discord has a nice trick up its sleeve that allows you to change the game status. What is a game status, you may ask? The thing is that whenever you have Discord running in the background and you launch a game to play it, you will see that your Discord will tell others on your list as well as you that you are playing a certain game. It is like a granular version of online status, which shows whether you are online, offline, busy, or away.

Now, if you are wondering how to change the game status in Discord, there is not much to think about. But still, we are going to talk about it.

Changing Your Game Status in Discord

Okay, so first things first, Discord has a list of verified games that it offers support for. This means that every time you do run that game, and the moment it shows up in the task manager, Discord will know what game you are playing, and the status will change on its own.

So, let’s suppose you have just come online and you are about to start playing Fortnite or PUBG with your friends; the moment the game is launched, Discord will detect it and your game status will change.

If all of this is as simple as that, why need a tutorial for it in the first place, right? Well, you see, not all games are “Discord verified”. This mainly includes some of the really old titles or titles that are often ignored or go under the radar. Discord simply does not pick them up, which means that if you do run the game, Discord will not be able to show any status on that game.

So, how do you get around adding unverified games to Discord so they appear? Well, the process is there, and while it is a bit tricky, it does work just fine.

How to Add Unverified Games to Discord

Okay, you might find yourself overwhelmed by the thought of it but in reality, adding unverified games to Discord is not really that difficult. Granted, it might be considered a hack, but if done rightly, you can easily add the games without any issues coming in the way.

Below, you can see the steps that you are going to need. Therefore, let’s not waste time and have a look, shall we?

Step 1: Make sure the game is open and running in the background.

Step 2: Next up, fire up Discord, and then go to the User Settings.

Step 3: From the menu on the left side, you will have to select the game and then add them onto the right side.

Step 4: The process of adding the game is going to be done manually, so make sure that you are adding all the games that you want to add.

Step 5: Now you just have to go ahead and type something in the “Game Activity” message box. You can leave it as it is and that won’t be an issue, either. Once this is done, every time you run the specific game that you have just added, Discord will show it along with the message.

How to change Playing Status on Discord Mobile:

Now let’s talk about how you can change your discord playing status on Discord mobile app.

Well, there are two ways to change your playing status on discord mobile, one is to change it directly by putting your own “Discord Custom Status” and the second way is going into the User Settings and then > Game Activity to do that.

Step #1: Go to the navigation bar (on the top and left side) and then at the bottom of the screen click on your username.

Step #2: You can now see your status options on your screen. Go to the “Set Custom Status”

Step #3: And you are done. You can now change your playing status on discord to anything you want.

I’ve also added a video tutorial of how one can change playing status on discord mobile.

There is no denying that Discord is relatively new software, especially when you have a long list of options available in the market that has been around for some time. But the thing is, this software caters to the gamers and it is making some great waves, in the market, as well. So much so that people are finally paying attention to it, and even companies are doing so.

Not to mention, Discord is slowly moving into having games on their store as well, which is just a lot better for many people.

If you are still trying to figure out how to add games into your Discord, following this article should help you with that. 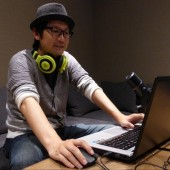 Brian Heater has worked at a number of tech pubs, including Engadget, Laptop, and iReviewgamingStuff.com. Most recently, he was as the Managing Editor of TechTimes.com. His writing has appeared in Playboy, Entertainment Weekly, The Onion, The Daily Beast and various other publications.

How to sync Logitech wireless mouse with different receivers

How to Add Games to Your Discord Library

How to Delete All Messages in Discord - Clear Discord Chat